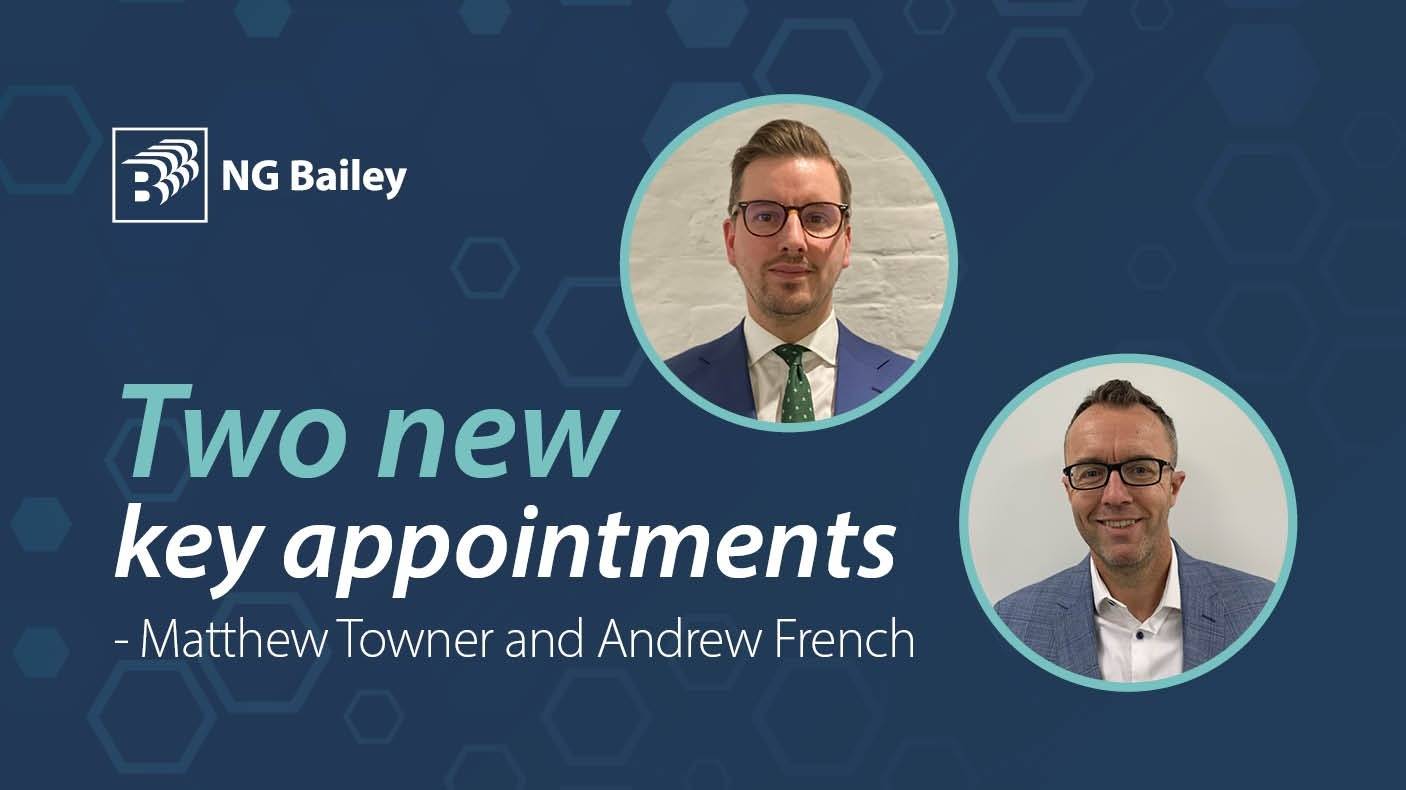 We have appointed Matthew Towner as regional director for London and Andrew French as director of ICT.

Matthew has enjoyed a successful career in engineering and joins NG Bailey from SES Engineering Services, where for the past three and a half years he has worked as operations director for the London region. He has also previously held senior operational roles at Balfour Beatty Engineering Services and Lorne Stuart.

Speaking about his new role, Matthew said: “NG Bailey is a leader in its sector with a fantastic heritage across the UK. I’m excited to be joining the team in London after admiring the work they’ve done on projects such as Wood Wharf and London Bridge Station. I look forward to supporting the team on their future projects and the wider company during its continued growth and development.”

Andrew French has also joined the NG Bailey team after spending the past three years as technology and IT director at MWH Treatment. His role will see him overseeing the continued development and modernisation of the company’s ICT systems and infrastructure to maintain its position as an industry leader.

Andrew said: “I’m delighted to be joining NG Bailey as it celebrates its centenary year and look forward to working with its established ICT team to continue their innovative work, further develop the company’s systems and infrastructure, and ultimately enhance the working environment for its ICT users.”

These significant appointments strengthen NG Bailey’s growth strategy and will support the company as it delivers a series of large-scale innovative projects across diverse sectors including battery technology, education and transport.

Chief Executive David Hurcomb explained: “We’re really pleased to be welcoming both Matthew and Andrew to the business. Both bring valuable experience along with a wealth of knowledge to their respective roles and will play key parts in cementing our market leading position and maximising opportunities for sustainable growth.”