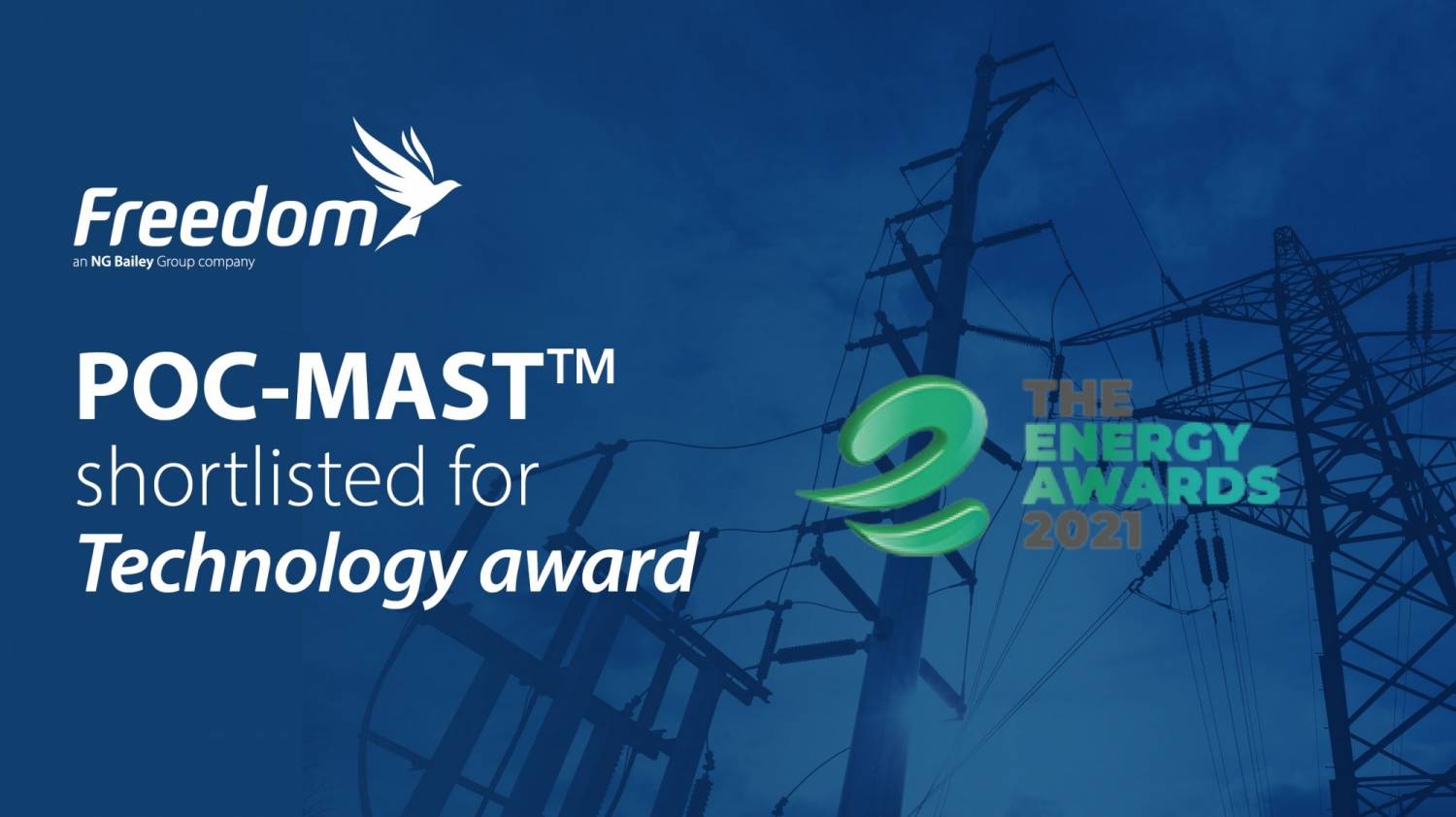 The innovative Point of Connection Mast (POC-MAST) product developed by Freedom is shortlisted for a physical technology of the year award in the upcoming Energy Awards.

The awards celebrate innovation and imagination, best practice and business excellence, customer service, and collaboration in the energy industry. The nomination in the physical technology of the year: electric energy category recognises POC-MAST, which offers a viable solution for connecting renewable energy and data load projects to a distribution network.

Developed by our in-house experts at Freedom, POC-MAST makes it safer, faster, easier, and more cost-effective for energy projects to get connected to the network. It is becoming increasingly recognised as a key tool for developers and distribution network operators in today’s changing energy landscape.

It was originally developed for a renewable energy project where a traditional connection into an electricity network wasn’t possible. Since then, POC-MAST has received substantial investment, undergone extensive testing, and experienced early successes. Now the patented product is set to revolutionise the way new connections to the high voltage electricity distribution network are delivered.

Quick to complete, it takes less than 20 weeks from concept to construction, where traditional installations typically take 6 - 12 months. This quicker process can make the difference to whether or not a scheme is viable. Since the first installation, both 33kV and 132kV POC-MASTs have been installed at other locations including a data centre in the South East.