Remembering our expansion north of the border 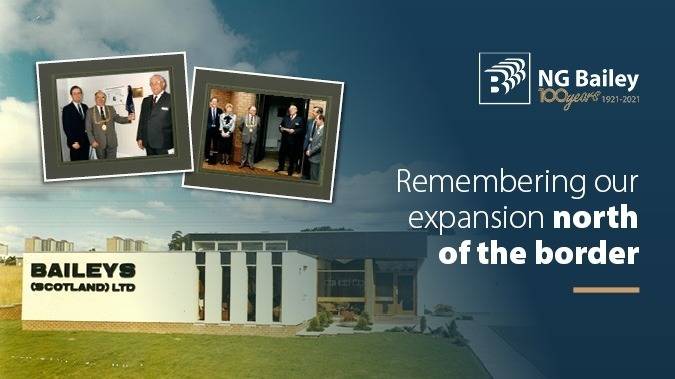 ​As Scotland celebrates Burns Night, we’re looking back to the 1970s and 80s when NG Bailey first expanded operations into Scotland.

One of the first significant projects we supported in Scotland was the former Michelin tyre factory in Dundee and in 1973, we opened an office in the city.

We’re proud to have contributed to landmark projects in Scotland ranging from several military bases and airports through to whiskey distilleries, shopping centres and the Cairngorm Mountain Funicular Railway.

Delivering on our vision of bringing buildings to life, our teams have provided vital engineering support on numerous construction projects, such as NHS developments including doctor’s surgeries in Montrose through to more recently, the new eye care centre at Clydebank’s Golden Jubilee Hospital.

We’ve supported the Ministry of Defence with works on the officers’ mess at RAF Lossiemouth and created welcoming environments for shoppers at a wide range of retail outlets from Union Square in Aberdeen to Edinburgh’s IKEA store – to name a few!

We’re proud of the contributions we’ve made – and continue to make in Scotland.