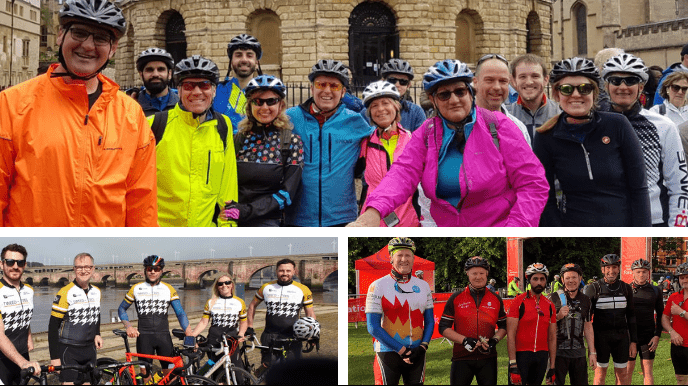 NG Bailey colleagues have been taking to two wheels to support charitable causes.

The soggy June weather hasn’t dampened the spirits of our colleagues taking part in a trio of charity cycling events.

At the other end of the country, a team of five completed the Tweed to Tees challenge cycling the 150 miles from Berwick upon Tweed to Stockton on Tees to raise funds for the North East Autism Society. They joined eight other cyclists taking part in the challenge and together have raised more than £7,000 to support the charity’s ongoing work.